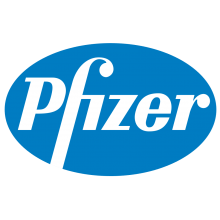 Pfizer was founded in 1849 by cousins Charles Pfizer and Charles F. Erhart in New York City as a manufacturer of fine chemicals. Its discovery of Terramycin (oxytetracycline) in 1950 put it on a path towards becoming a research-based pharmaceutical company.

Pfizer develops and produces medicines and vaccines for a wide range of medical disciplines, including immunology, oncology, cardiology, diabetology/endocrinology, and neurology.

Pfizer is listed on the New York Stock Exchange, and its shares have been a component of the Dow Jones Industrial Average since 2004.

The corporation has made numerous acquisitions, including Warner–Lambert in 2000, Pharmacia in 2003, and Wyeth in 2009 (the largest of the three at $68 billion).

In 2016, Pfizer Inc. is expected to merge with Allergan plc, in a deal worth $160 billion, to create the Ireland-based "Pfizer plc". 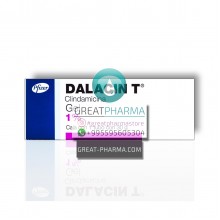 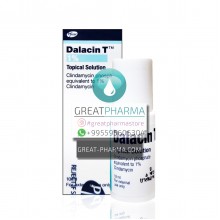 Quickview
DALACIN T 1% SOLUTION | 10ml/0.34 fl oz
Pfizer, Inc.
Properties and indications: Dalacin T ® –  an antibiotic which contains clindamycin phosphate 1.0 % and is intended for the topical treatment of comedones and acne: inhibits the growth of Propionibacterium acnes – anaerobic bacteria that infect the sebaceous glands; re..
$19.95
Add to Wish List Add to Compare
Showing 1 to 2 of 2 (1 Pages)
Sign in with Sign inSign inSign inSign inSign in