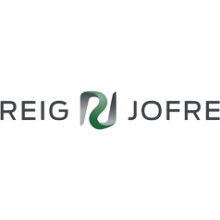 1929 Foundation in Barcelona (Spain) by the pharmacist Ramon Reig Jofre. The current CEO is the third generation of the Reig family.

2000 acquisition of the Toledo plant

2003 Construction of the Cephalosporin plant

2015 Reig Jofre merges with the company Natraceutical, a benchmark in Europe in the sector of nutritional supplements for sale in pharmacies through its Forté Pharma brand and becomes the 5th Spanish pharmaceutical company by turnover, listed on the Spanish stock market

2019 Acquisition of the Joint Health and Pain product portfolio from Bioiberica company.

Collaboration agreements in the development of new products.

Market entry in South Korea with the injectable for hospital use Remifentanil. 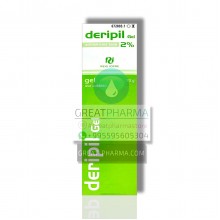 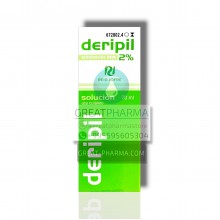 Quickview
DERIPIL SOLUTION ERYTHROMYCIN 2% | 70ml/2.37 fl oz
Laboratorio Reig Jofre S.A.
Properties and indications: Deripil tonic with 2% erythromycin for local use in case of skin infections, pustular diseases, acne, infected wounds, etc.; erythromycin is a macrolide antibiotic that has an antibacterial effect and is active against many gram-positive bacteria; l..
$23.20
Add to Wish List Add to Compare
Showing 1 to 2 of 2 (1 Pages)
Sign in with Sign inSign inSign inSign inSign in