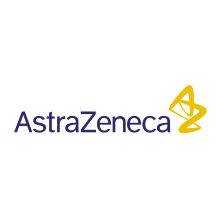 Astra AB was founded in 1913 in Södertälje (Sweden). In 1949 the company launched a xylocaine (lidocaine active substance), a drug for local anesthesia.

In 1999, Astra AB and Zeneca Group plc merged into AstraZeneca plc with headquarters in London. In 1999, AstraZeneca has chosen a new location for its offices in the United States. They became "Fairfax-plus" in North Wilmington, Delaware.

The total number of personnel, involved in research and development, is about 9,000 people.

Quickview
EMLA 5% CREAM | 30g/1.06oz
AstraZeneca
Properties and indications: Emla Cream 2.5% lidocaine + 2.5% prilocaine – is one of the best cream in the world for local anesthesia of the skin and mucous membranes, as a part of which contained two anesthetics - lidocaine and prilocaine, which help to reduce discomfort by blocking nerv..
$49.95
Add to Wish List Add to Compare
Showing 1 to 1 of 1 (1 Pages)
Sign in with Sign inSign inSign inSign inSign in